I have been wanting to try the Instant Pot pressure cooker, but wasn’t sure if we needed it or had room in our kitchen for another small appliance.  We already have a 6 Qt slow cooker and rice cooker, so where do we put it?

That all changed on a recent trip to Target.  They had the
Instant Pot Nova 6 Quart  electric pressure cooker on sale, and with an additional discount, the price was too good to pass up.

While it can look a little intimidating,  there are so many easy-to-make pressure cooker recipes, after you use the I
nstant Pot Duo 7-in-1 programmable Pressure Cooker a few times, you’ll be a pro.

You can learn more about the Instant Pot Pressure Cooker Here.

What is the Instant Pot Pressure Cooker

This is not a one trick pony.  The
Instant Pot Duo 7-in-1 programmable pressure cooker is really a 6 quart multicooker, which cooks your food 70% faster than traditional cooking methods.

The Instant Pot Duo has the following functions:

The stainless steel inner bowl is removable.  You can take it to the table to serve the meal.  The pot can be cleaned in the dishwasher or by hand.

The bowl is scratch resistant, stain resistant and non-reactive, meaning it won’t absorb smells and flavors of the food.

Cleaning is a snap.  The first time I used it, I washed it by hand.  The second time I put it in the dishwasher.  Both times, cleaning the bowl was super easy.

READ  Healthy Air Fryer Fried Chicken - Is There Such a Thing? I immediately loved that fact that I was able to eliminate two bulky small kitchen appliances: our slow cooker and rice cooker.

I tested this bad boy with an Instant Pot Honey Garlic Chicken dish.  It is amazing at how quick the dish cooked.  In the oven, cooking chicken in the oven takes 1-2 hours.  After the 10 minute period for pressure to build up in the pot, the chicken cooked fully in just 15 minutes.  That’s a huge time saver for any busy parent.  This is especially important when you’re coming home from work, or taking the kids to after school activities and you don’t want to eat too late. I was wondering if the chicken would come out dry or juicy.  The chicken came out juicy, not overcooked, and so delicious.

So Easy to Program

The
Instant Pot Pressure Cooker is so easy to use.  It includes 14 one-touch Smart Programs for fast and  delicious cooking.  You simply press one button for the most common functions.  You don’t even have to set the cooking time.  The cooking time for each category is preset.  You can override the cooking time if needed.

The first time I did this, the
Instant Pot Duo turned off and gave me an error message.  There wasn’t enough water added to build up pressure.  Even better, the pressure cooker automatically  adjusted for the lack of water, reduced the pressure and turned back on.  This is an internal safety mechanism to keep the pot from overheating.

Easy to Use Control Panel

The
Instant Pot Duo 7-in-1 programmable pressure cooker is so easy to use.  In most cases, just press the button for the dish you are making.  The Instant Pot Pressure Cooker is pre-programmed for the most common cooking times and pressure level needed.

Does the recipe calls for more or less cooking time than is displayed?  No problem, just use the (-) or (+) buttons to adjust the cooking time.

What is The Best Pressure Cooker Under $100?

If you need to stop or reset the cooking time, just press Cancel and start over.  If the lid has already locked, press the pressure release button the top.  One pressure has been released, the lid will unlock.

This is an important safety feature to prevent getting a nasty burn from the super hot steam under intense pressure.  My wife took a plastic bag out of the microwave and opened it.  The heat that built up was so hot, it melted the skin on her thumb.

Remember to Put a Cup of Water in the Pot 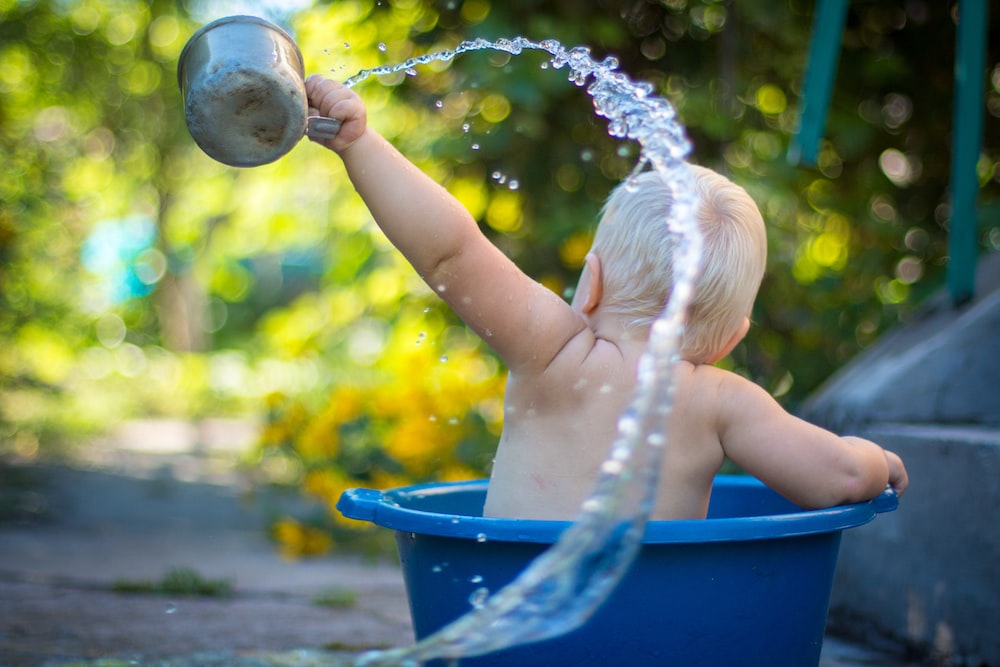 The biggest mistake new pressure cooker users do is not put a cup of water in the pot, or using too little water.

The water is important to create steam as pressure builds up in the cooker.

The lack of water prevents steam from building up.  The heat buildup without steam can lead to overheating, which can burn the food or damage the machine.

Luckily the Instant Pot pressure cooker has built in safety technology that senses the lack of stem, and turns off the unit.

This is how I learned my lesson.  I added a little bit of water to the tomato sauce.  The unit shut down, then turned on and off to prevent heat buildup as it cooked.  Luckily the dish was not ruined or my Instant Pot damages.

If you have too much water in the pot after cooking, just add corn starch, arrow root, potato starch, rice flour or other thickener.

The pressure release valve on the
Instant Pot Duo is located on the top of the lid.  The valve locks pressure and heat in the pot to cook the food under intense pressure.

To prevent a burn or injury and to ensure proper cooking of your food,  the pressure valve locks the lid.  The lock will not release until pressure is release.

There are two ways to release pressure from the pressure cooker:

1.Press the black valve next to the silver button to release pressure.  This can take up to two minutes.

2. Allow pressure to release slowly on its own.  This can take several minutes.

3. The lid will unlock once the pressure is released.

4. Once the cooking process in dome, the warmer will turn on and keep the food hot for several hours.

So Easy to Clean

Where To Get The Instant Pot Pressure Cooker